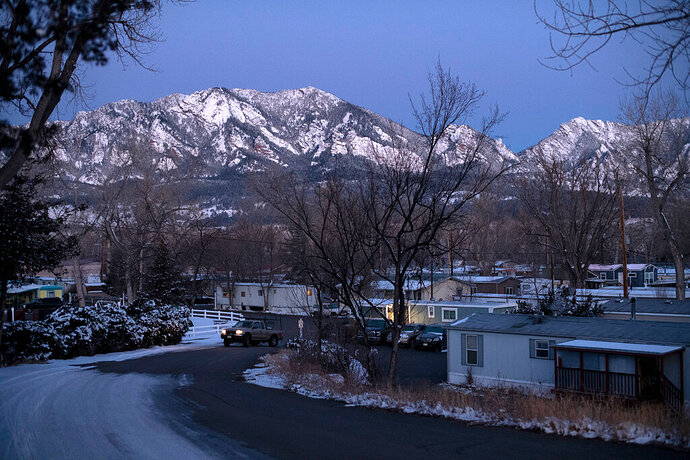 Across the country, corporate landlords are expanding manufactured housing portfolios and driving up rents, pushing longtime residents out.

Sorry, not subscribing to that rag. What does it conclude?

It concludes that enforcing rules and charging fair rent is evil.

It also admits that apartment rents, in the same market, went up over $1,000 per month while park rents went up a few hundred at most.

Sad that the same publication that loved mobile home parks in 2014 now suddenly finds them evil simply (and obviously) to try and pander to their new left-leaning reader base.

If you read the blog posts that the readers placed on the article – and there are hundreds of them – the majority found the article stupid and not worthy of media space. Hopefully the editors read these posts and stop regurgitating this same narrative that has been told and re-told for four years now and that nobody cares about at a time in which gas prices are up 100% and inflation is at around 10%.

Add back in the energy and food inflation rates that Obama removed and we’re way above the Carter era inflation numbers. 15%+! The Times has fully exposed its bias the last 5 yrs in case some hadnt noticed before that. Lot rents still lag behind in most areas.

I re-read the times article and found, again, that it was a factual representation of the mobile home park industry we have seen over the last 5-10 years. Most of us on this board, including myself, own mobile home parks and have seen the changes firsthand. I won’t rehash the history of mobile home parks, but the gap between other residential rental options and MHP’s just became too great. So, the market drove changes.

What they (the Times) described is simply the reality of the lack of affordable housing in the US driving up prices. There were a few statements that I would have edited out - e.g., “buyers are threatening the stability of one of the nation’s few remaining sources for affordable housing.” But one can make a strong argument that that is an accurate statement.

The irony here is that many of the same people getting their undies in a bunch over this are likely the ones preventing more mobile home parks to be built or are working to shutdown existing parks (NIMBY). We (the US) should be incentivizing and encouraging more parks to be built, they are still a great source for affordable housing and will continue to be.

Fact check - CPI comes in many formulations, but the headline CPI does include food and energy. Core CPI does exclude food and energy due to high volatility. The changes to CPI were proposed and made in the 1950’s and again in the early 1970’s that revised the methodology. A little before Obama’s time.

Fact check: Core CPI is in all the business channel headlines. Paul Voelker tweeked it in 79 and O did also pertaining to Social Security. Regardless its out of control and the FED will look bad no matter what they do now. Meanwhile we’re worried about the Ukraine border not ours.

It literally read like the same article we’ve been reading for the last 8 years, all the way down to citing Franks note about about tenants inability to pay the moving cost of a home.

I had multiple family members send me this, who believe themselves to “fight for the little guy”, and I reiterated what we all know that those articles play on the heart strings, and present scary percentages of rent increases like 30% but when I illuminate that that usually is a $30-50 increase they see it’s not as bad as the article says.

In general the article makes a point that the corporate consolidation we’ve seen over the years is not good for either the consumer or the small business owners. I think even a ruthless capitalist knows that consolidation leads to less competition and isn’t good for the market.

Long story short, until they come up with a new angle and find a different sound bite other than Frank it doesn’t seem to move the needle in any way.

Thanks for sharing. It’s important for everyone to be aware of the current narrative.